Screened at Sundance and Tribeca Film Festivals; directed by Matthew Heineman, City of Ghosts is the harrowing tale of the Syrian journalists behind ‘Raqqa is Being Slaughtered Silently’ (RBSS). These journalists—Hamoud, Hassan, Hussam, Naji Jef, and Mohamad—all originate from Raqqa with various backgrounds. They emerged as part of the Arab Spring, a wave of protests for freedom that swept across the Middle East. Many of these men were either college students, or in one case, a high school math teacher. Now, normally for my review I’d have a lot of funny gifs interspersed throughout my article. For this review, I decided to forgo any gif usage. Believe it or not the origin of humor does not lie in the combination of gifs, family displacement, and beheading.

For City of Ghosts, its origins lie in the Arab Spring. The Arab Spring is when the world really found out how powerful social media can be. When ISIS began taking over Raqqa, and other cities like it across Syria, these men created an intricate network of correspondents and underground informants to bring to light the atrocities that were mostly ignored by the western world.

As I sat in the dark theater—as horrifying images of bombings, children in soup lines, executions, and radical Islamic cult-like persuasion swept across the lighted screen, there were only three other people who had also paid the $12.50 for the ticket to this film. It was a reminder that the western world was still ignoring this story. That Raqqa was still being silently slaughtered. The film is gruesome in nature. Heads on pikes are shown. Executions are shown. These subjects aren’t hidden away because for these men, seeing these images has become a regular occurrence. They are sights that are as typical for them, as a tree is to us.

The early portions of the films mostly record the incubation and rise of ISIS. How this small extremist group that appeared to be like any other, soon turned out to be the most brazen the world has ever seen. It also details the lengths the members of the RBSS must go in order to report. Many of the main organizers no longer live in Syria. They have had to flee, first to Istanbul then Germany, while their families have been simultaneously murdered. The threats upon their lives are so great, that no information is given about where they live and many of the shots of their homes are tightly cropped, so as to not give away locations. While these men report in hiding, they rely on undercover correspondents who often have poor to shoddy phone and internet services. Many of the videos and photos they use can only be uploaded in safe houses once a day for fear that ISIS will be tracking them.

These videos and photos make up most of the documentary. There aren’t many planned shots. The few planned shots are those done in the interview portions with the journalists. Much of the footage used are either undercover videos or shaky cameras of protests and executions. Therefore, the documentary itself becomes a feature length example of the journalism RBSS does. 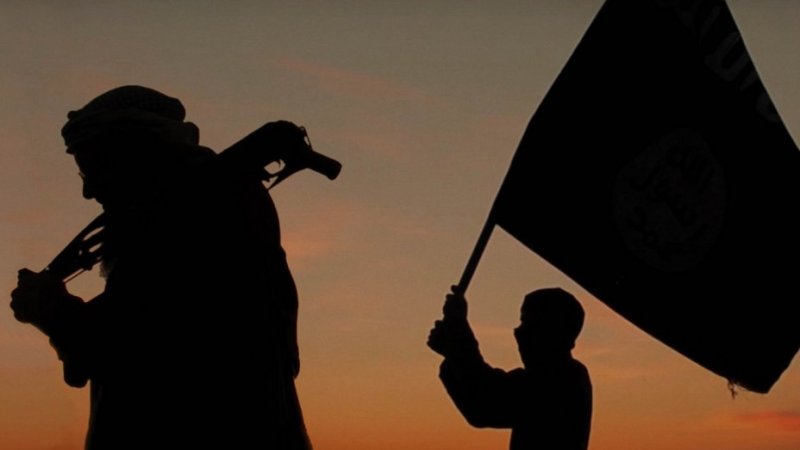 And really, that is the heart of City of Ghosts: it’s the sacrifices that these journalists are making. Many of them have given up any hope of a normal life, and have accepted that one day they will be assassinated by ISIS. They know that the day they feel a cold barrel behind their head will either come today, tomorrow, or next year, but it is coming. As one watches the film, a deep moralistic question is posed: “What to do with these disaffected men and women, and others like them?”

The cruel irony is that the people who are reporting on ISIS, the ones who need the most protection and have been driven from their homeland, are the ones who are least welcomed. While in Germany, an anti-immigration rally is staged. In fact, one of the reporters is confronted by an angry German on the street and is threatened. In a twist, he says that he was scared by this interaction. A man who is hunted daily by ISIS, is just as afraid in Germany as in Syria. Some of the impetus behind these protests and outbursts is fear, and some is pure racism. Currently, in America we’re facing the same dilemma. How far are we able to extend a helping hand, and if we pull away, are we also racists? Or more closely, “are we dooming these people?” City of Ghosts puts those questions front and center.

In fact, in a moment when journalists are being attacked as ‘Fake News’ City of Ghosts is a reminder of the important work by journalists, the sacrifices some of them must make to bring the truth, and the power that one news story has. By the end of the film, you’ll look at the courageous journalists and correspondents who keep RBSS going and wonder why the world was so damn silent for so damn long….