The Academy Awards’ Best Supporting Actor race appears to be all but finished. Let me tell you why.

Let’s begin with the surprise of the category. I don’t think anyone thought that Michael Shannon would be nominated for the Oscar. Especially, after his co-star, Aaron-Taylor Johnson (In a surprise itself), won the Golden Globe for Best Supporting Actor in a Drama. I will admit, I was happy to see Shannon nominated (Okay, more than happy). I will also admit that I have a Michael Shannon bias (Okay, more than a bias). I’ve been a fan of his work for sometime (Like, forever), since I saw him in Revolutionary Road, which garnered him his first Academy Award nomination. So, how did he get his second?

Because he’s Michael Shannon and he’s amazing, or something in that philosophical sense. But really, Shannon’s character (Bobby Andes) in Nocturnal Animals, a film which should have received more accolades than it garnered, is the driving force of the film. Shannon’s intensity level has always been on high. He’s one of those people, even when he laughs he looks like he’s pissed off at you. Here is no different. He plays a revenge at any cost sheriff who has thrown all his fucks out the window because of a terminal cancer diagnosis. He’s going to get every slim bucket who raped and killed Jake Gyllenhaal’s wife and daughter. And he’s what gives the film its bent. He makes the film so much more than a thriller. He makes it into a moral trial of what is right and what is wrong, and what needs to be punished in this life, not in the next. Shannon won’t win, but I’m glad he’s here (Okay, more than glad). 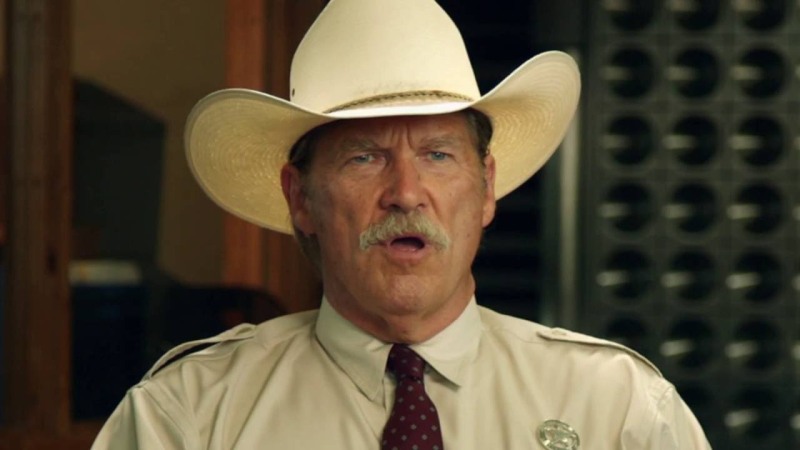 Jeff Bridges might be having the quietest Oscar nomination of his career. I’m pretty sure even he doesn’t know that he’s been nominated. But here he is. This is the seventh Academy Award nomination of his illustrious career, with one being for his lone win, Crazy Heart (2010) in the Best Actor category.

Bridges is never truly out of the running, but it would be a surprise to everyone if he won. He is the second lawman nominated in this category, with Shannon also playing a sheriff in Nocturnal Animals. In Hell or High Water he’s the old lawman who’s one month from retiring, and needs to scratch that last itch. When two brothers go on a string of robberies, he’s the only lawman who’s willing to look into these petty thefts. For the most part, Bridges plays it cool (still in his True Grit persona), while making overt racist jokes about his Native American partner, Alberto (Gil Birmingham). Hell or High Water was of the main films to latch onto the vigilante craze that hit Hollywood this year. But Bridges likely got this award nomination because of what he does when he finally comes face-to-face with the vigilantes. In a death scene (I won’t say who dies), that sees the quiet Bridges wail, it is the perfect example of how an actor protects his performance, when he knows that he doesn’t have to show too much too early, when he knows when to explode.

Lucas Hedges (Manchester by the Sea) 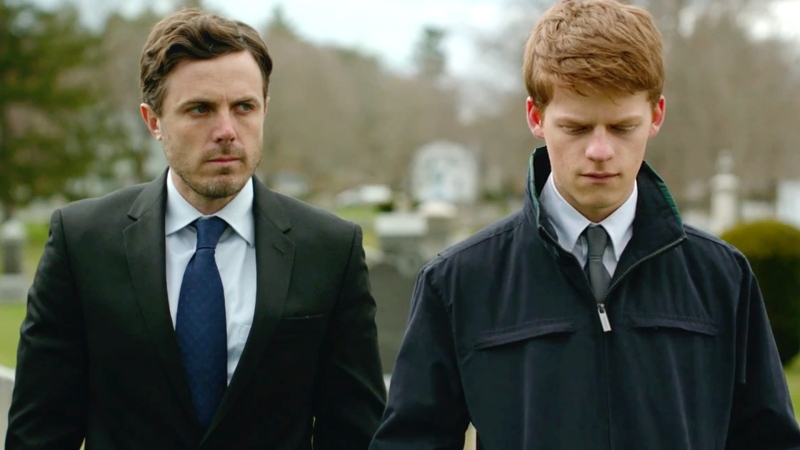 In any other year, Lucas Hedges would be a clear front-runner for the award. It is the first nomination of his young career, yet his performance is stunning. Much like Bridges, he is tasked with protecting his performance. Manchester by the Sea, a film about a son who loses his father, and whose uncle is unable to take care of him, shows Hedges demonstrate the many ways masculinity gets in the way of grief. Rather than openly weep for his father, he becomes more teenage than teenager. He wants to know if he can bring either of his girlfriends over for sex (Note, either). He wants to keep his father’s boat so he can use it. And he doesn’t want to be pushed around, or told where to move.

This false bravado holds until the frozen meat scene. Because of when his father died, in the middle of winter, the ground is too cold for his body to be buried. Instead, he must be put in a refrigerator for the time being. As Hedges opens his home refrigerator and packs of meat tumble out, he breaks. Aware that his father is the meat in the fridge, the punky teen crumbles. Crumbles over spilled meat. Hedges protects his performance. He doesn’t give anything away. He doesn’t give it too soon. It’s reminiscent of Bridges. The only difference? Bridges is 47 years older than Hedges. 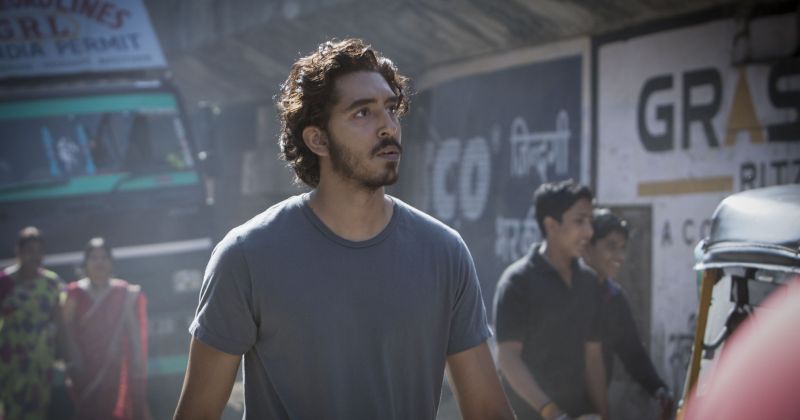 Alright, so Dev Patel. Dev……Patel. Dev……………….Patel. Now, I really like Patel (Before anyone jumps to any conclusions). He first gained fame in Slumdog Millionaire, then decided to create a Marigold Hotel for old people, then went off and joined the Will MacAvoy crusade in Newsroom. I’m not saying he didn’t deserve the nomination……but………let’s just say he probably had the weakest performance of anyone in the category. When I saw Lion, a film about a lost Indian boy who is adopted by Australian parents, and later spends years searching for his mother using Google maps, I didn’t think Oscar nom. It just didn’t jump out at me. Not when the nomination could have easily gone to Hugh Grant (Florence Foster Jenkins), Kevin Costner (Hidden Figures), or Stephen Henderson (Fences). Still, he’s here. So, how did he get here?

Well, what Patel gets right in his performance is the ability to consume the immigrant and the “other.” Patel plays the grown-up Saroo. A man who has come of age in a country that isn’t his, parents that aren’t biologically his, and a language that isn’t his either. His most memorable scenes aren’t when he’s searching for his mother, when he finds his mother, or when he has to confront his adoptive mother (Nicole Kidman). They’re when he’s at a parties with Lucy (Rooney Mara). When he’s leaning against the wall, unable to dance, unable to take part in a celebration of being young and Australian. He’s unable to take part because the party isn’t his. Instead, Patel leans against the wall, doesn’t want to be kissed, touched, or near a culture that has suddenly turned alien. His ability to emote the cast-off, the immigrant, the loner personality is what I remember most about Patel in Lion. 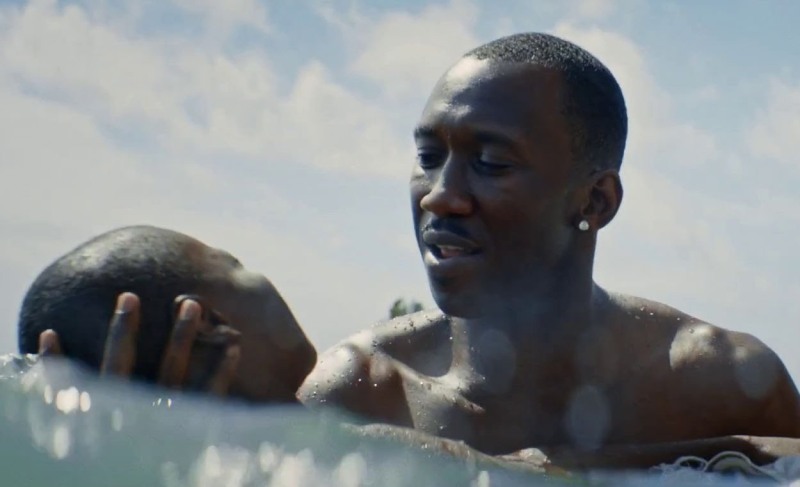 As you have now figured, Mahershala Ali is the man that can’t be beat, in any medium. 2016 was the year for him. While everyone was wondering what was going wrong with the world, what in the world wasn’t going right for Mahershala? House of Cards? Done. Luke Cage? Done. Hidden Figures? Done. And then Moonlight. This is Mahershala’s first Academy Award nomination. He has already won the Golden Globe, the Screen Actor’s Guild, the New York, Los Angeles, and Chicago Film Critics award. At this point, it would be the biggest Academy upset since Adrien Brody won Best Actor (2002, The Pianist) if he doesn’t come out with that little golden man.

In a literal role of a lifetime, Mahershala plays Juan, an Atlanta drug dealer who takes a young black homosexual boy, Chiron, under his wing. It’s difficult to make a drug deal seem honorable, Mahershala doesn’t do that. He makes him human. In every way, he is human. He’s human when he saves Chiron from a crack den. He’s human when he teaches that boy how to swim. When he tells him that he has to choose his own path. When he says that it’s okay to be gay, a message more young black men need to hear. When he finds Chiron’s mother smoking crack on the corner he sells it from. And in that fatal moment, when a heartbroken Chiron asks him, if Mahershala is the one who sells drugs to his mother. In that moment, all of the half-kissed charms, cool chuckles, and his souped-up car leaves. All that’s left is a man who has to ponder the path he took, and all the ways he has destroyed this boy’s life. He is neither good, nor is evil. He’s human. With the ability to affect lives both positively and negatively. Much like the Moonlight. The light that illuminates the night. It will be a surprise to everyone if Mahershala doesn’t win. But one thing that won’t be a surprise, is if he wins. He deserves it.